There has been a lot of debate recently about the healthcare industry in America. People have taken definite sides on the attempts of Obamacare to socialize healthcare, creating a system wherein the government controls the major facets of the industry, and essentially redistributes from the younger, healthier, and more affluent to the older, sicker, and less fortunate.

This kind of debate – essentially whether the free market system or the government should have more influence over our network of doctors, health insurance, and society’s general wellness – has been around for a long time. Instead of focusing solely on the political elements of this debate, I’d like to address a more fundamental problem with the discussion. Americans are looking at the concept of health insurance the wrong way! 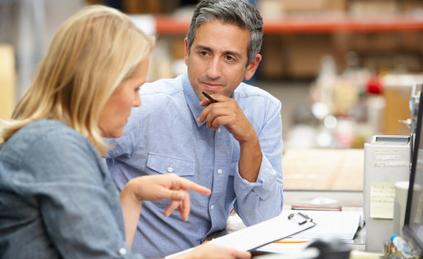 Health insurance has become a mystery to most Americans.

The development of today’s healthcare industry has been unnatural. Healthcare and health insurance are so intertwined that one doesn’t seem to be able to stand on its own without the other.

Americans need to take another look at how we view health insurance. The concept of insurance began as a way to reduce risk. Consider how we purchase car insurance or liability insurance. We don’t purchase insurance for our cars with the expectation of getting into traffic accidents that will cost more than what we’re paying for insurance premiums, neither do we buy liability insurance with the expectation that we’re going to hurt somebody and need to file claims that amount to more than what we’ve paid in premiums. Insurance is normally a risk management vehicle, a contingency plan, a way of guarding ourselves from misfortune, should it happen to come our way. In the end, we would much rather avoid mishaps and accidents and have our insurance premiums simply purchase the peace of mind we receive from knowing that IF something happens, we’re covered.

This perspective on insurance is not how the modern American society perceives health insurance. This new perspective is causing waste and reducing the efficiency of our system of healthcare.

Here is some context for how we got to where we are in the 21st century. Health insurance began to be connected to employment during World War II. During the 1940′s, the government imposed regulations on wages and prices, which made it difficult for companies to compete for the best employees based on salaries alone. To sweeten the deal, they began to offer health benefits to their employees. Health insurance then became a accepted norm for job seekers. It continued to be a significant hiring factor even after wage controls were lifted.

This environment has contributed to an increasingly inaccurate perspective on health insurance. The majority of Americans now view health insurance like this: “I’m going to pay $500 for health insurance coverage to cover my expected $700 worth of healthcare expenses.” This view of health insurance is not really insurance in its pure form. Instead of perceiving it as a risk reducer, we instead view “health insurance” as an entitlement to healthcare that is worth more than what we’re paying, and it tends to remove from individuals their responsibility for managing their own health.

A major side effect of the lack of accountability that comes with this upside down perspective on healthcare is an abstraction of the cost of healthcare from those who consume it. Ask someone how much his last visit to the physical therapist or family doctor cost him, and he’s likely to talk about co-pays and deductibles rather than the actual cost of the treatment he received. Ask someone (considerately, of course) in a wheelchair how much they paid for it, and you’re unlikely to get any kind of informed answer. In many cases, you’re likely to find the same thing among doctors. One I talked to recently told me it wasn’t until he’d been providing a particular shot to a patient (inherited from another doctors) for more than a year that he realized he was being reimbursed almost $400 less per visit than what it cost him to give the shot. His billing personnel knew the HCPCS code for administering the shot, but it took a fortunate second look at the accounting to see that he was losing money every time he treated the patient. You wouldn’t find this lack of price transparency when you survey consumers about their homes, cars, and other products they purchase.

Anyone who has studied basic economics understands that in order for a market to operate efficiently, consumers have to know something about the price they are paying for goods and services. Pricing transparency is critical. In order for us to fix the US healthcare crisis, we have to find a way to allow consumers access to the true prices for healthcare products and services. Americans need to treat the risk of healthcare problems similar to how we treat other risks. Taking this back to the political argument, our society needs to learn to take individual responsibility rather than give government, known for its propensity towards inefficiency and waste, a larger stake in something that is as personal and individualized as a person’s own health.