Manual muscle testing (MMT) is a very common practice of orthopedic examination specifically designed to assess function and strength of various muscles, usually when rehabilitating sports injuries or recovering from an illness. 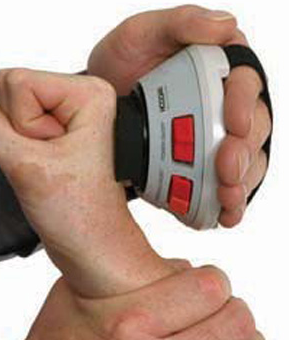 The basics of performing manual muscle testing procedures usually require the examiner to first isolate a muscle group so that gravity has no impact on the test, then the application of external force and measurement of the results. Results of the test vary depending upon the testing procedures being used. See below for a quick explanation of both testing styles

Manual muscle testing measures effective performance of a movement in relation to the forces of gravity and manual resistance. Physical therapists use their own internal gauge to monitor and evaluate the forces being exerted. Device-less manual muscle testing procedures are becoming less and less popular due to their reliance on subjective muscle strength measurement procedures that vary from examiner to examiner.

The resistance applied at the end of the range being tested is referred to as the 'break test'. In other words, the break test tells the examiner when the muscle being tested is no longer capable of max force and the test is over.

Comparison of MMT Grades: Daniels and Worthingham vs. Kendall and McCreary

Whichever testing method is used, the resistance should be applied and released gradually to give the patient sufficient time to offer resistance. Following the manual muscle test, the muscle tested is said to be "weak" or "strong" based upon the muscle's ability to resist the externally applied force over time. A number of grading systems exist for manual muscle testing (Table 1). 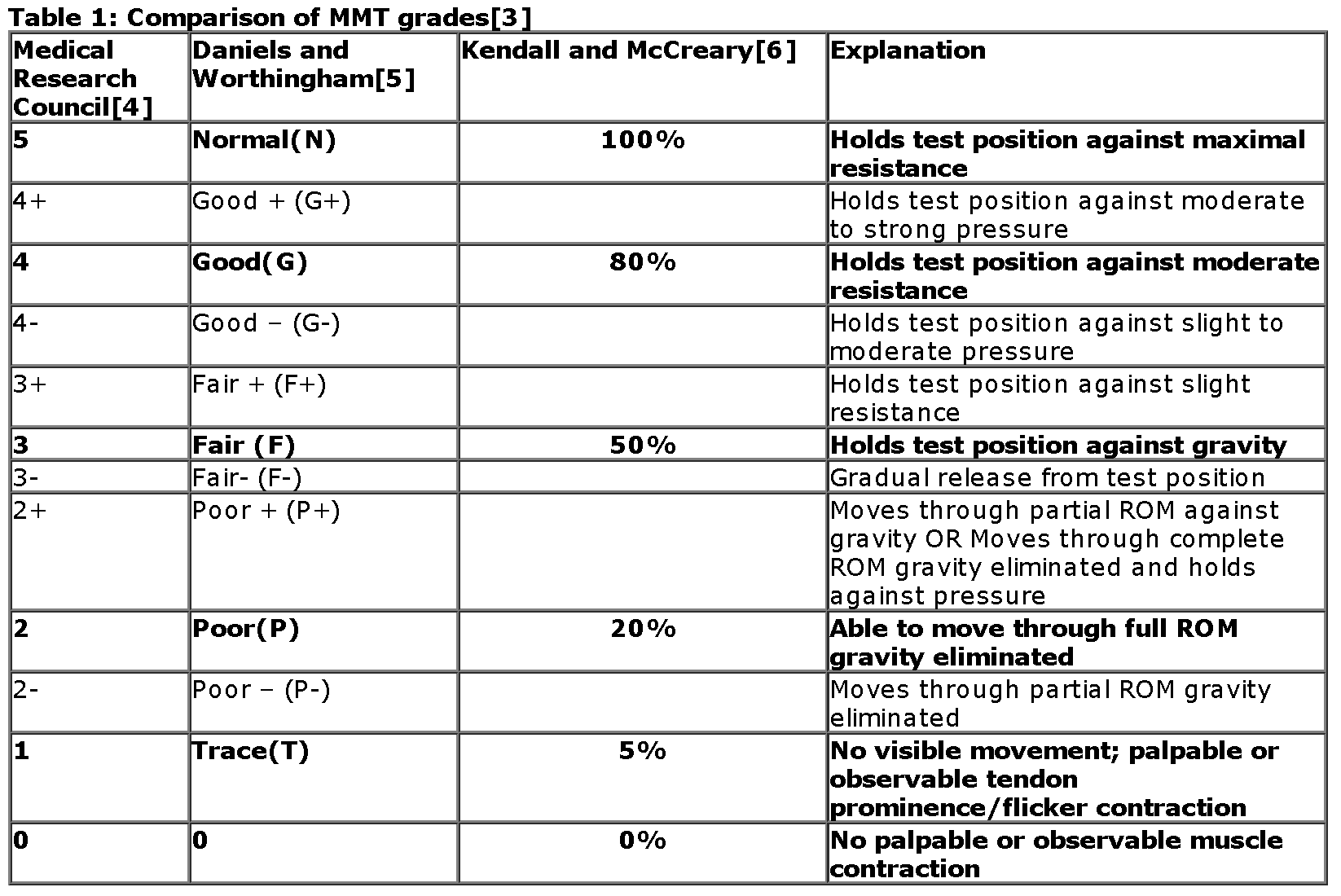 Choosing a particular grading system is based on experience and skill level of the clinician and very important in determining consistency for each patient. It is imparrative for coworkers who may be re-examining the patient to ensure they using the same testing methods including the effect of gravity, the manual force used by the clinician, the patient's age, the extent of the injury, and cognitive and emotional factors of both patient and clinician.[7-10]