Ultrasound therapy is a popular method of treatment for chiropractors, physical therapists, and other medical care providers. It involves transferring sound waves with frequencies greater than the human sound spectrum (above 20 kilohertz) into a patient. The energy that is transferred with the sound waves can be used to treat focused, isolated areas of tissue to help with relieving pain in affected areas of the body and to speed the recovery process for injured muscle or other tissues. 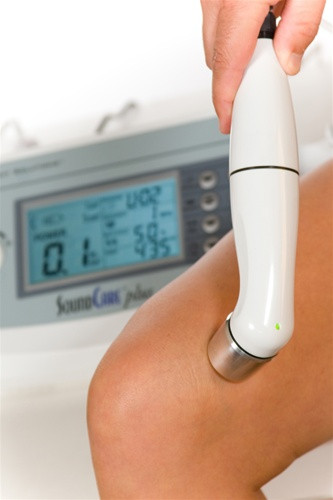 General Indications for Ultrasound Therapy Use

Therapeutic ultrasound devices can be used to create a deep heat effect for relief of pain, muscle spasms and in cases where joints have been tightened over a prolonged period of time – joint contracture – as in cases such as spastic cerebral palsy or in work-induced environments.

Some of the most common medical problems that warrant the use of ultrasound therapy are adhesive capsulitis (“frozen shoulder”, or pain and stiffness in the shoulder caused by inflammation), calcific bursitis (the calcification of bursa sacs due to prolonged inflammation, usually in the shoulder), inflammation of the skeletal muscles (myositis), and soft tissue injuries from sports or other causes. Ultrasound therapy is also used to treat tendons that have been shortened from untreated scar tissue or past injuries. Ultrasound therapy machines like the SoundCare Plus can be used to overcome capsular tightness or scarring, which often result from surgeries such as breast augmentation.

There are many situations for which the typical ultrasound therapy treatment using equipment such as the Intelect Legend XT Combo Ultrasound & E-Stim XT or TranSport Ultrasound Therapy Machine series from Chattanooga is not recommended. Ultrasound should not be used to treat local pain without the patient first receiving a thorough diagnosis, and the cause of the pain has been confidently determined. It should not be used when there are cancerous lesions on or near area to be treated. If a patient shows symptoms of carrying serious infectious diseases or in cases where the patient should be avoiding excess heat or fevers, it is not advised to use therapeutic ultrasound.

Other conditions governing the use of ultrasound therapy include avoiding particular parts of the body that may be susceptible to negative side effects from the treatment. It should not be used in areas where bones are growing. If a patient uses a pacemaker, it is not recommended to use this kind of treatment in the thoracic part of the body, as the pacemaker may be affected in those cases. Ultrasound devices should not be used where a fracture is healing, it should not be applied close to a patient’s eyes, and it should not be used over the uterus region of a pregnant woman. Therapists should be careful not to use ultrasound in patients who suffer from vascular disease and who have ischemic tissue. In this case, cells could die because of the blood supply’s inability to keep pace with the increased metabolic demand from tissues affected by the treatment.

Other situations that prohibit the use of ultrasound therapy include the spine area of patients who have had spinal surgeries such as Laminectomy, anywhere on a patient where anesthetics are being used, or any kind of disposition to bleeding excessively. 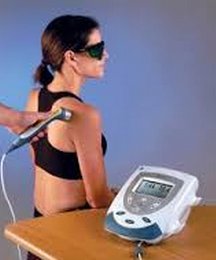 Competent medical professionals should be well-informed of when ultrasound therapy should be used,

and under what circumstances it should be avoided.