Kinesiology, or the study of human movement, is a foundational pillar for learning and practice in the fields of movement therapies such as Physical Therapy, Occupational Therapy, and Chiropractic. Various tools are used to teach through demonstration key principles to help students better understand and apply these principles in practice. One principle, that of shortened and lengthened active insufficiency, is effectively demonstrated by using a handgrip dynamometer.

As quick background, a muscle can exert its greatest force when it is on slight stretch (a relative term). 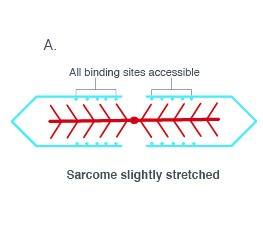 In this “slightly stretched” position, a maximal number of actin and myosin cross-bridges can form in the sarcomere of the muscle fibers as all binding sites are available. As such, the active strength of a muscle’s contraction is based on the number of cross-bridges that exist between the myosin and actin filaments. If those binding sites were to become inaccessible due to muscle length changes, the strength that the muscle can exert is diminished. There are two conditions in which the ability of a muscle to exert force when contracting is reduced, they are referred to as shortened active insufficiency and lengthened active insufficiency.

Shortened Active Insufficiency: This is a condition in which a muscle has shortened to the point that the number of actin and myosin binding sites is reduced due to overlap, which decreases the number of cross-bridges that can form. In this state when the muscle contracts it produces less force, or is “insufficient” in generating force, and the muscle is functionally weak. 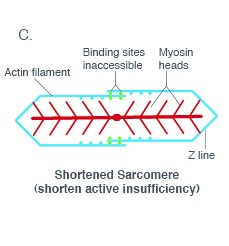 Lengthened Active Insufficiency: This is a condition in which a muscle has become lengthened/stretched to the point that the number of actin and myosin binding sites is reduced. This is due to the actin filaments being pulled so far from the center of the sarcomere that some of the myosin heads cannot reach the actin filaments to form cross-bridges, resulting in weakness or “insufficiency” when the muscle contracts in this condition. 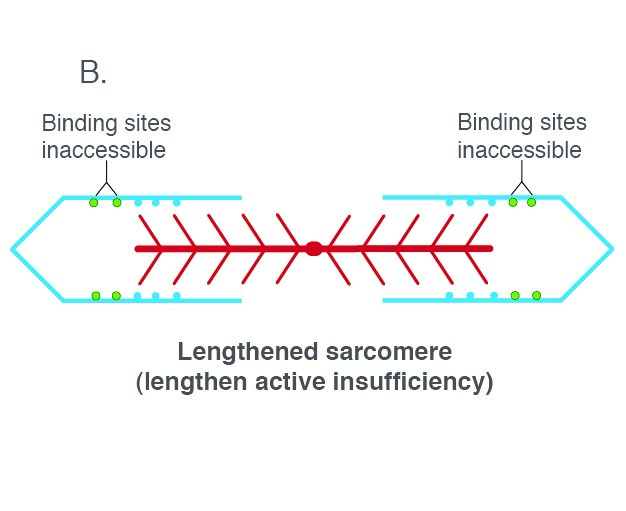 A handgrip dynamometer is an effective tool in measuring hand grip strength as produced by the contraction of wrist and finger flexor muscles as well as muscles that flex the thumb. To demonstrate these kinesiological principles, first begin by having the person squeeze the dynamometer as hard as they can with the wrist in the neutral or very slightly extended position. 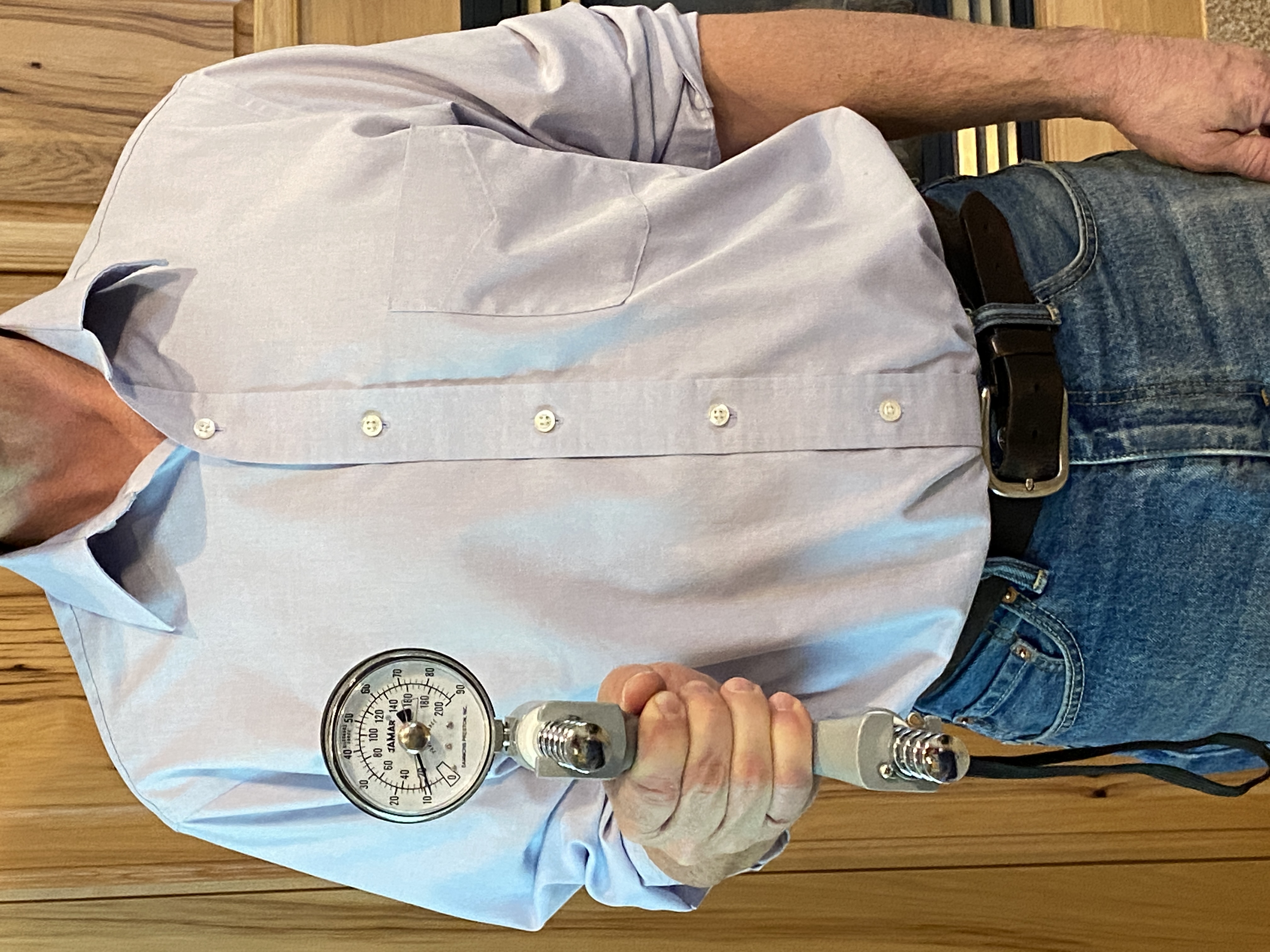 They will naturally adopt this position to attempt the squeeze. The purpose for “naturally” adopting this neutral or very slightly extended position when attempting to squeeze is due to another kinesiological principle, but that is for another discussion. Obtaining this measurement then serves as the baseline measurement for comparison purposes.

Now, to demonstrate the reduced muscle contraction force when a muscle is in a state of active insufficiency, first place the wrist of the person being tested in the hyper-flexed or shortened active insufficiency position (illustration B). Then instruct the person to maintain that position while squeezing the dynamometer as hard as they can for a few seconds. Record the measurement.

Next, place the wrist of the person being tested in the hyper-extended or lengthened active insufficiency position (illustration C) and instruct the person to maintain that position while squeezing the dynamometer as hard as they can for a few seconds. Record the measurement. 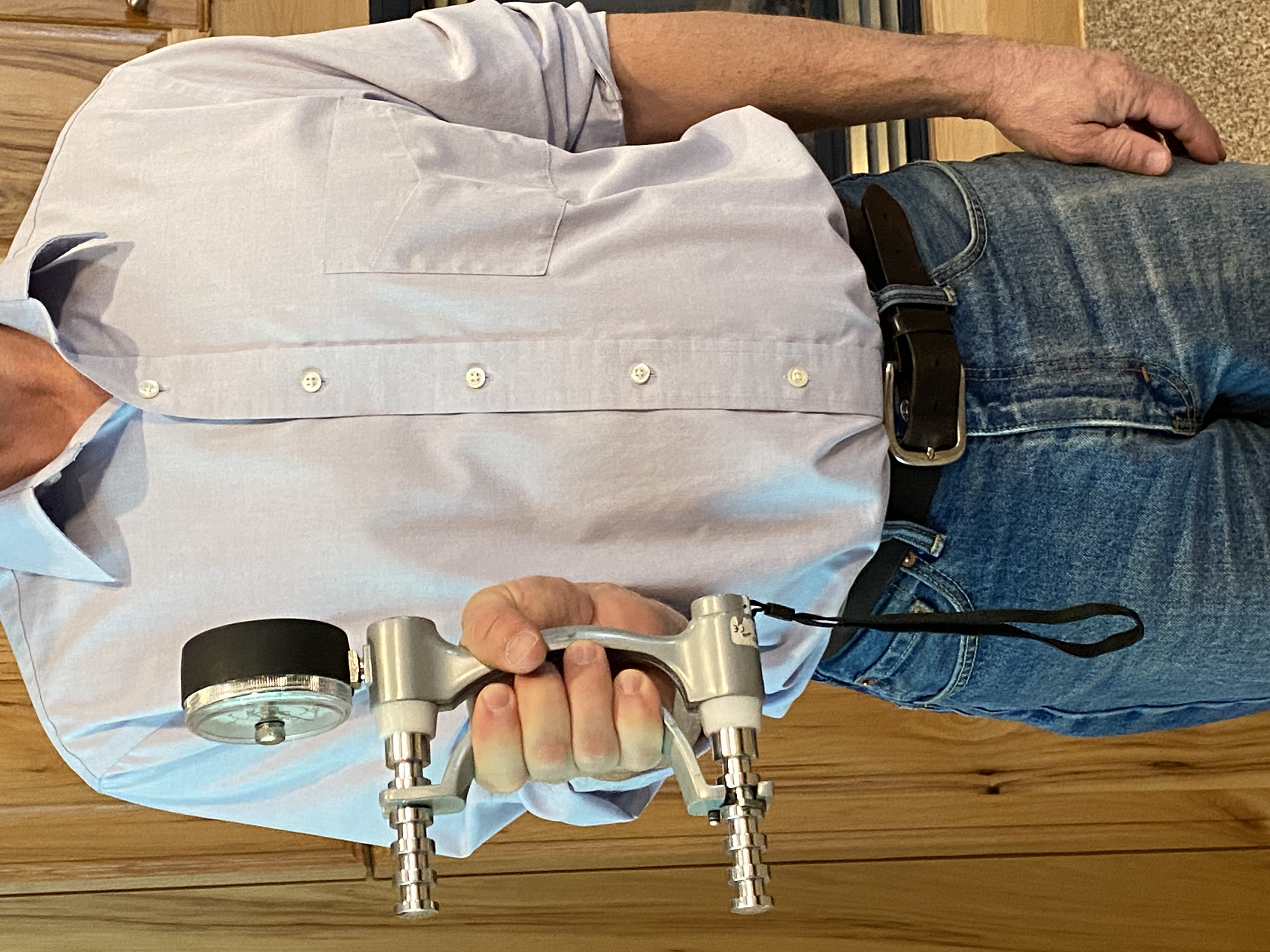 You will notice that both positions, wrist hyper-flexed and hyper-extended, produced much weaker measurements than when the wrist was in the neutral or very slightly extended position. This of course is due to the reduction of actin and myosin binding site availability and the associated reduction in the number of cross-bridges that exist between the myosin and actin filaments.

So, grab your handgrip dynamometer and give this experiment a try. It is a fun and impactful way to teach the muscle length-tension relationship and the principles of shortened and lengthened active insufficiency.