When I first heard of functional neuromuscular stimulation, I thought of the book, Frankenstein; a shock delivered to the body to make a patient’s muscle move. Rather than something scary an author thought up to keep us up at nights, neuromuscular electrical stimulation (NMES) can be just the necessary tool a physical therapist will use to help a patient regain their normal body function. The shock from NMES activates the nerves to make the muscle move. In theory, when this happens the brain may be able to recapture and relearn the movement. When a patient suffers a stroke, typical activities like walking and using their left arm/hand are usually impaired. Relearning basic movement is especially important for patients after a stroke, because this impairment means loss of independence. Neuromuscular stimulation may seem like a miracle to stroke patients because it helps them regain the use of their limbs and their independence. 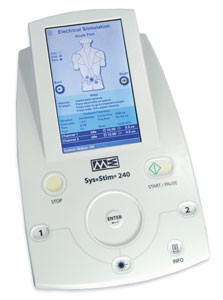 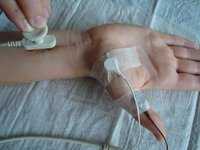 We recently had a stroke patient who learned to walk again with two months of physical therapy. However, he had lost function in his left hand, being able to close it, but not open it. He described his hand as having all the use of a “paperweight”. With the use of NMES during physical therapy, function began to return to his left hand. Spasticity dramatically reduced almost immediately. Now he not only can open his left hand, but he can hold a jar, operate a microwave, wash his hands, etc. This list includes the simple day-to-day activities that became nearly impossible right after his stroke and with continued therapy his functionality continues to increase.

Stroke is the leading cause of serious, long-term disability in the United States. Each year, approximately 795,000 people suffer a stroke. Surviving a stroke can seem like a miracle straight out of a book or movie, but it takes real work in order for a patient to regain function in day-to-day activities. Being able to have independence and ease in typical activities is usually of primary concern for most stroke patients. Devices like neuromuscular stimulation go a long way towards helping stroke patients regain their body’s functions, independence and ease.